Around 1500, under Archbishop Leonhard von Keutschach (1495-1519), the fortress received its present appearance and thus significantly shaped the Salzburg city panorama. Hohensalzburg Fortress is the largest completely preserved castle in Central Europe. The medieval princely rooms and the castle museum are particularly worth seeing. Since 1892, Hohensalzburg Fortress has been easily accessible by funicular from Festungsgasse.

For twenty-six years, from 1747 to 1773, the Mozart family lived on the third floor of the "Hagenauer Haus" in Getreidegasse No. 9, where their famous son Wolfgang Amadeus Mozart was born on January 27, 1756. The house is named after its owner and friend of the Mozarts, the merchant and spice dealer Johann Lorenz Hagenauer (1712-1792). 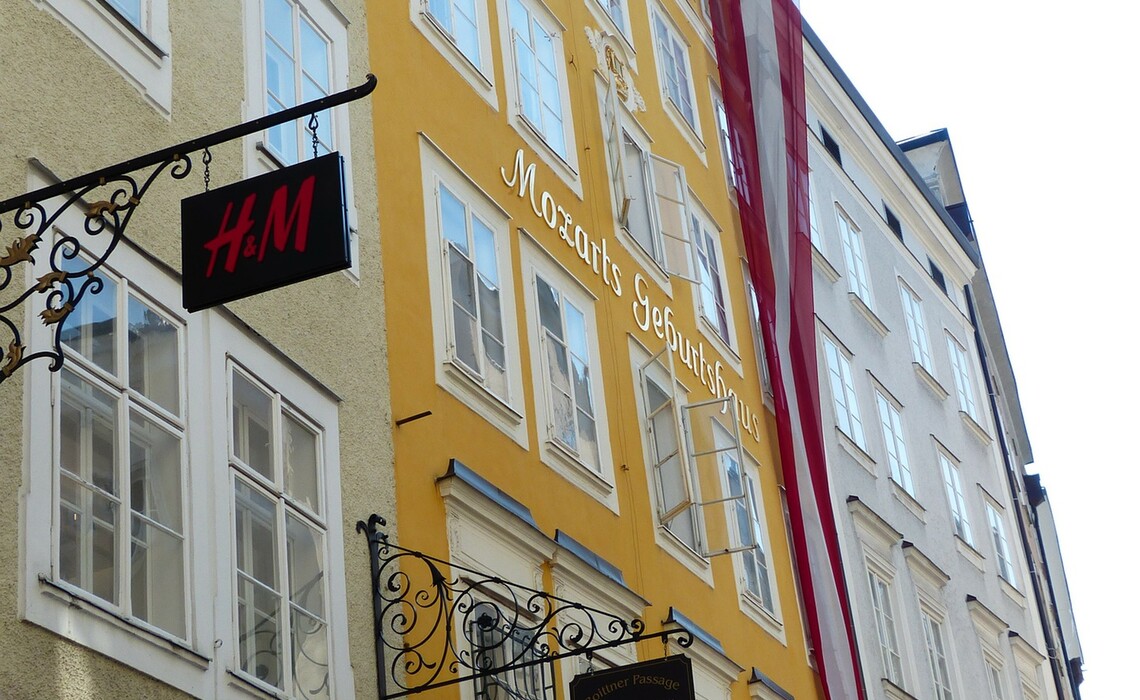 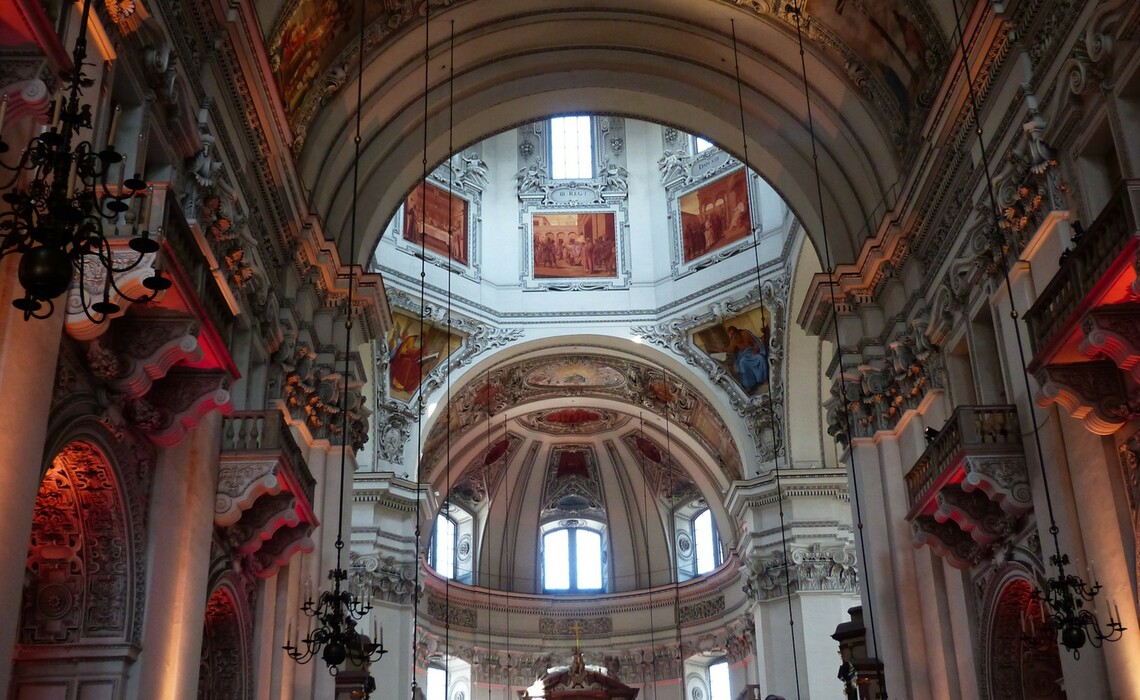 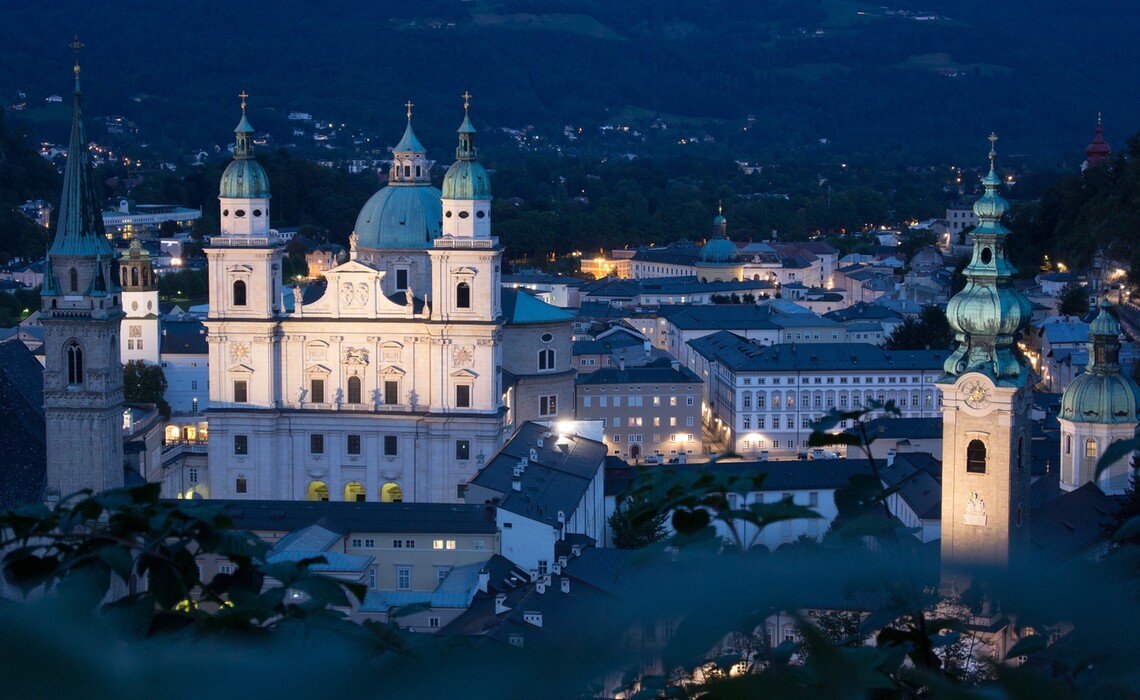 Probably the most important sacral building in the city and at the same time the spiritual center is the Salzburg Cathedral. With its magnificent façade and mighty dome, it presents itself as an impressive monumental building of the early baroque period on this side of the Alps. Its creation is closely linked to the nature and growth of the ecclesiastical principality. Destroyed by fire and rebuilt, enlarged and extended, it bears witness to the power and independence of the Salzburg archbishops.

In 1612, just a few months after he took office, Salzburg's Prince Archbishop Markus Sittikus von Hohenems commissioned the construction of a country residence at the foot of the water-rich Hellbrunn Hill. As a lover of Italian art and culture, Markus Sittikus commissioned the famous cathedral builder Santino Solari to build a "Villa suburbana", a summer residence, which was to be in no way inferior to its magnificent southern models in terms of splendor and generosity. And so, after a relatively short construction period, an architectural jewel was finally created on the southern outskirts of Salzburg, which to this day is one of the most magnificent Renaissance buildings north of the Alps: the Lust-Schloss Hellbrunn with its extensive park and water features unique in the world. 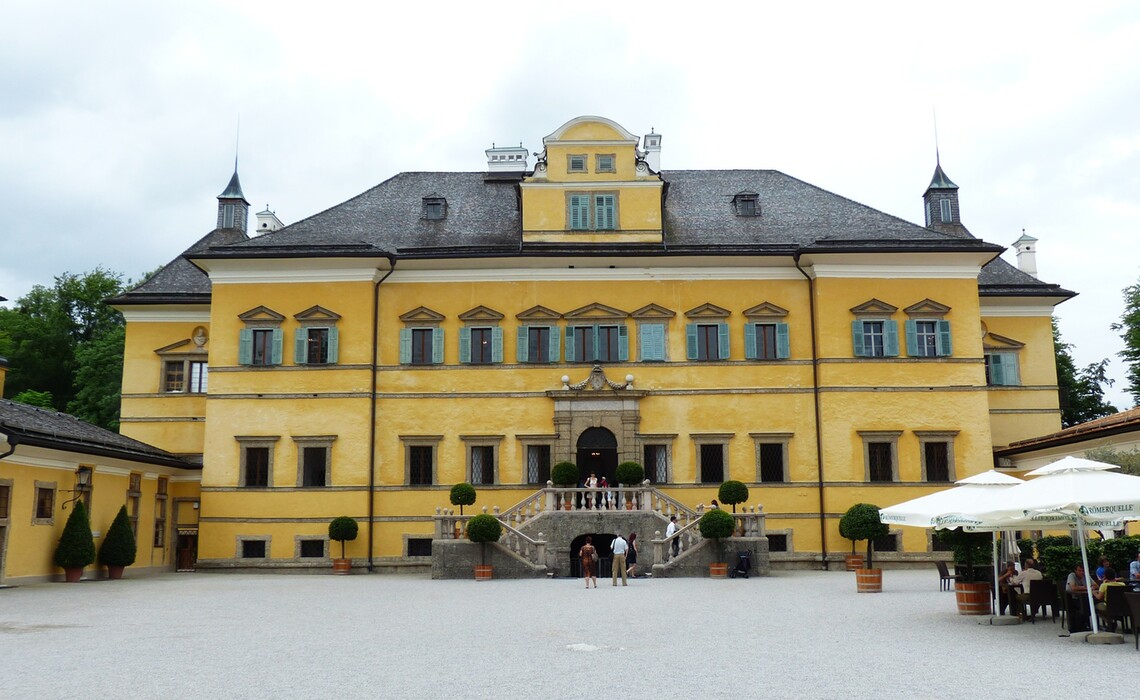 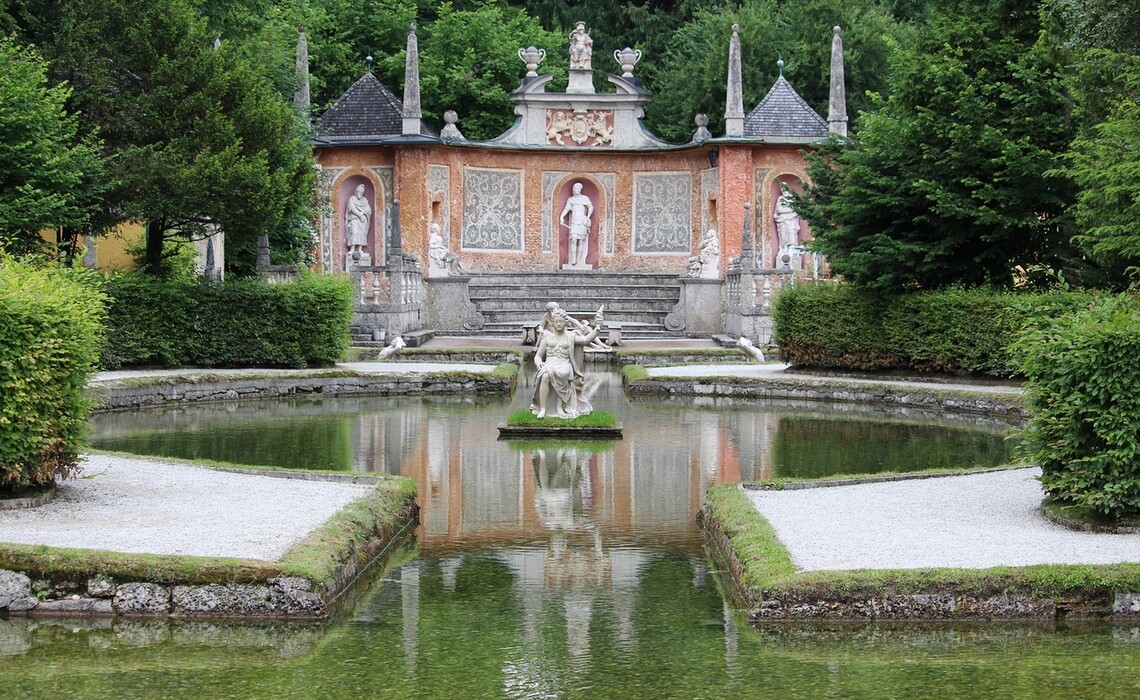 Salzburg's probably most famous shopping street, gets its charm not only from high, narrow and closely nestled houses, tempting stores and the wrought-iron guild signs, but also from romantic through houses and courtyards. The name of the Getreidegasse has undergone a strange transformation. Originally it was called Trabe-, trot or Trav alley, which was derived from "trotting", i.e. running, but also denoted the trotting of horses. Later it became Tragasse, Traidgasse, and via Getreidgasse finally Getreidegasse. So the lane originally had nothing to do with the grain.
From the oldest merchant settlement on Waagplatz, the row of houses in Juden- and Getreidgasse grew downstream. During its development, the expansion was limited by property boundaries in the south and west and by the city wall or the Salzach River in the north. The old houses in the lane are often decorated with dates, the eye of God or the names of former inhabitants. On some of the houses, beams can still be seen where once hoists were used to transport loads from the storerooms.

The Salzburg Zoo sees it as its trademark to show numerous native and exotic animal species in their natural habitat. A special concern of the zoological garden is to harmoniously combine the beauty of the given landscape in Hellbrunn with the familiar living world of the animals. In this way, specific landscape areas have been and will be created that allow large and small visitors to experience a balanced relationship between plant and animal life. Using materials that are as natural as possible, "zoo habitats" have been created that meet the needs of the animals and also make it possible to observe related animal communities.